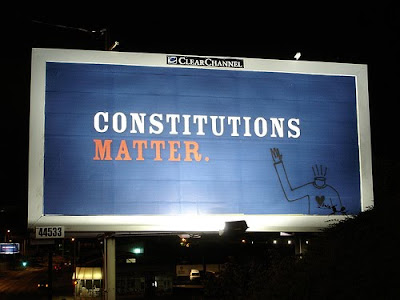 On Wednesday June 1, around 35 Tacoma residents gathered during the work day in Tacoma City Council Chambers.  A good number of them stood up and spoke for the proposed billboard moratorium and against the threat of digital billboards in Tacoma before the Tacoma Planning Commission. (Audio is here)

During Wednesday's hearing before the Planning Commission, 100 percent of Tacomans who spoke (about 15 speakers) spoke for the billboard moratorium and against digital billboards.

The audio is worth listening to and can be found here.

Former Ad executive Jamie Chase gave an inside look as to how media companies operate and submitted a significant volume of industry related material.

Attorney Doug Schafer described how weak Clear Channel's threats of litigation were and that most of the substantive decisions on billboards was made in 1988 rather than in 1997. He started his presentation by pointing out that when Olivia Lippens gives her address at each of the public hearings, she repeatedly fails to state she is from SEATTLE.

Attorney Beverly Ibsen pointed out some legal equity theories ("unclean hands") that would come into play should the matter go to court.

Olivia Lippen, Clear Channel's representative, gave her perfunctory testimony to the Planning Commission in opposition to the moratorium.  However, with public opinion organized and universally against digital billboards, increasingly dis-favorable legal opinions being issued and the mounting political opposition to her proposal, she seemed resigned to the moratorium and the banning of digital billboards altogether.

The words "constitution matters" was said a seemingly endless number of times.

Next step: The Tacoma City Council has taken a commendable step in issuing the moratorium.  they need to now follow through and ban digital billboards and enforce the 1997 billboard law so the blighted billboards littering Tacoma's neighborhoods can be removed.