Here is the latest in Tacoma's efforts to extend light rail in Tacoma which have three new proposals which could case three days in addition to the 9 years which have transpired since Link extension has been studied: 1) replacing light rail extension with a bus, 2) requiring a Tacoma "citywide transportation study" before the process could continue, 3) consideration of a "hybrid" route rather than one of the multitude of Sound Transit proposed routes which have been narrowed down to three.

(Special thanks to Chris Karnes for his knowledge and advocacy of the issue.) 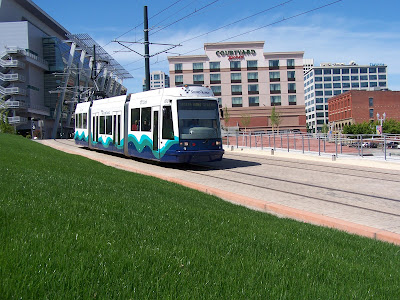 (Special thanks to Chris Karnes for his knowledge and advocacy of the issue and who has gone to more Sound Transit meetings on the issue than anyone else I know.)
_____________

We don't have time for this

Rather than try to argue semantics and strategy, I tried help evaluate that course of action.  The first stumbling block for such an idea is that it is currently unfunded.  There is no line item anywhere in any budget to help pay for such a process, which if Seattle is any measure, would cost no more than $600,000.  It is not included in the six year transportation plan or in the Transportation Benefit District's list of priority projects.

However, if this were to change, let's say at an emergency meeting of the City Council tomorrow, we might be able to have it included in the funds that will begin flowing from the vehicle license fee in three months time.  At the same time Council and staff could develop a scope of work, a public involvement plan, and develop a request for proposals from an outside consultant.

If all went well, a kickoff could be arranged sometime in July or August, but probably in September, to allow for evaluation of the proposals, and the bulk of the work would last about 12 months in duration.  The City of Seattle and the City of Bellevue encountered similar timelines in the development and update of their transit master plans.  At the conclusion of that timeline we would be in late 2014.  Council adoption of the plan could then take place as early as January 2015.

There is one issue with this plan that should be highly concerning to Tacoma residents.  It would completely delay the start of development of environmental analysis and engineering on a Tacoma Link extension until January 2015.  I highly doubt that the Sound Transit Board is willing to keep the contractor on standby for that long.  Preliminary engineering and environmental analysis on the Sound Transit side are both funded and scheduled and contracted to occur after ST Board approval of a preferred alternative.

However, the very same timeline has a lot of merit if we want to have appropriate levels of study done to include a second phase of Tacoma Link expansion in ST3 and potentially additional targeted transit service from a state transportation package.  ST3, by all indications from rumblings in King County (Legislature willing, of course) will be in November of 2016.  We obviously have to have some analysis completed by then to have any projects included in the package.

The clock is ticking.  Let's not waste anymore time delaying what's already in the pipeline

Given that Tacoma is has recently had massive layoffs, it is certainly questionable whether the city can afford to fund a "citywide transportation study" cost of up to $600,000.  As stated above by Chris Karnes, there is no current budget for this proposal in the City of Tacoma budget.  Thus, this requirement could delay the implementation far more than two years as the process to acquire the funds will certainly take some time (if they were awarded at all).

Then there is the proposal to abandon light rail completely and simply install a bus system which could add further delay and cost to study.

Spending taxpayer money on such a project would seek duplicative to the work Sound Transit is doing which the City of Tacoma taxpayers are already paying for.

What would happen if the council refused to fund a " citywide transportation study"?

Would the whole Link extension be stalled forever?