Barter Trade! How I designed the Death By Stars space rock band logo

In exchange for a LEARN 2 DRAW theme song

Patrick Galactic of the band Death By Stars contacted me awhile back about how much it would cost to get an original RR Anderson designed logo for his space-rock-electronica-punk-band. $125 dollars an hour! Said I. Thanks came the reply, will talk it over with the band. Added that I would also consider a barter trade for theme music. A cartoonist can never have enough theme music in this day and age... with the youtube and podcasting, one had better get an original theme song! This brightened the mood. YES! Said they, we create music! A trade then!

INPUT: "Death By Stars - As far as our visual influences go, we are inspired by Warhol, Alphonse Mucha, Max Ernst, Kubrick (2001 specifically), Dave McKean, Tarantino etc. I LOVE the Golden Harvest logo (the studio that made all the Bruce Lee movies) so maybe something that had a touch of something similar but more colorful? Basically we are into bold colors with strong graphic images. I am a comic fan as well (not the biggest, but I read a lot) and love the bold texts used for covers and intro pages. Anyway, I don't know how helpful that is. I will gladly send you some images to reference tonight. This sounds like it's going to be fun! Thanks R.R."
They liked the LOOK AND FEEL of these things: 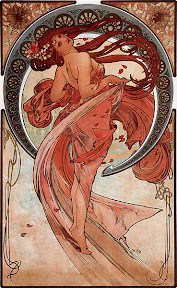 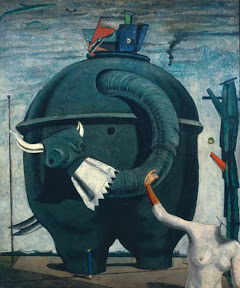 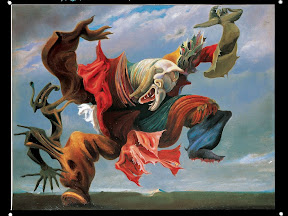 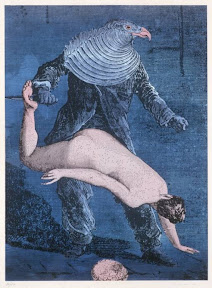 They also really liked the vibe of 2001 A Space Odyssey... 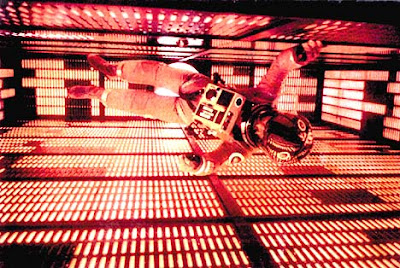 I took the initiative and decided to stick in some old radio shack computer ads (which I love)... 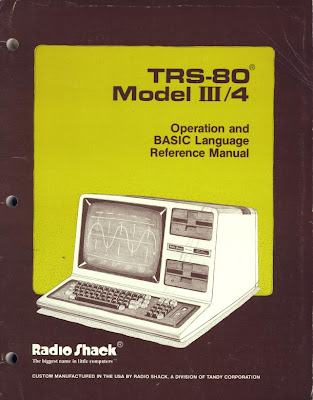 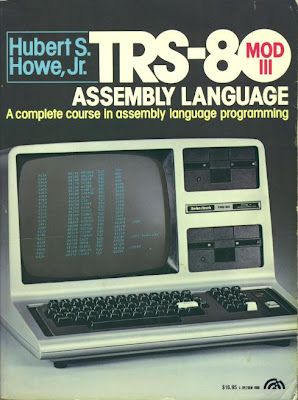 and if you're talking death; need some skulls... 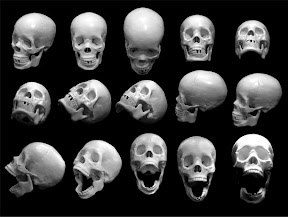 FIRST ROUND OF SKETCHES! 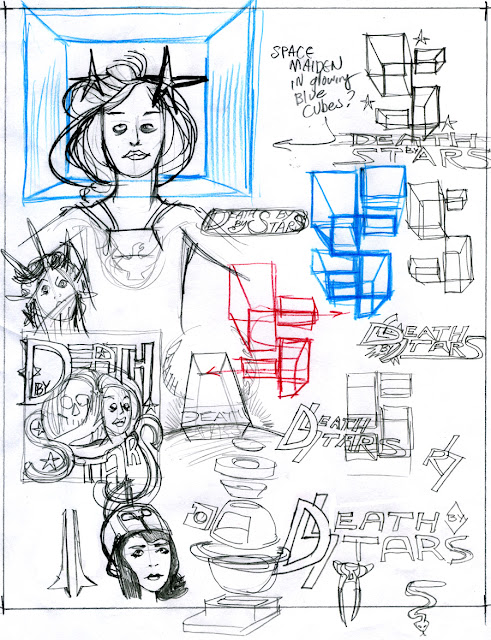 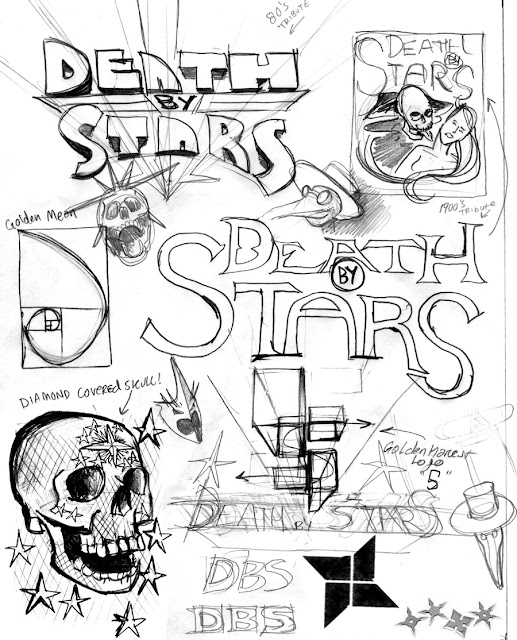 FEEDBACK: "Very cool stuff!!! We really like the floating cube motif. That is an idea I'd love to zoom in on. I also really like the screaming skull starburst under the 80's tribute text. I like the 80's text as well, we are big comi fans so the more fantasmic the better. Very cool stuff. Really like the ninja star idea as well. Basically we haven't narrowed it down much but we love were you are headed. I'd say the floating cubes and the skull starburst are the two ideas I am most attached to. Great stuff! Thanks so much." 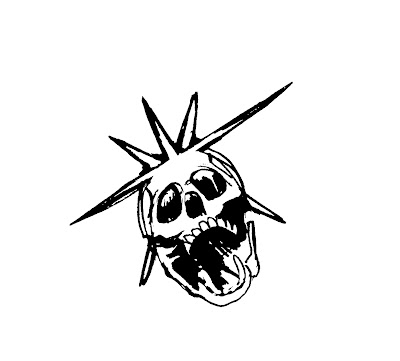 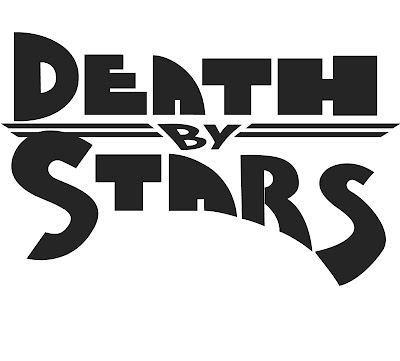 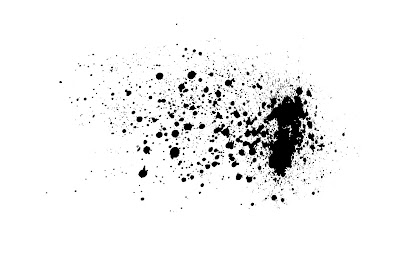 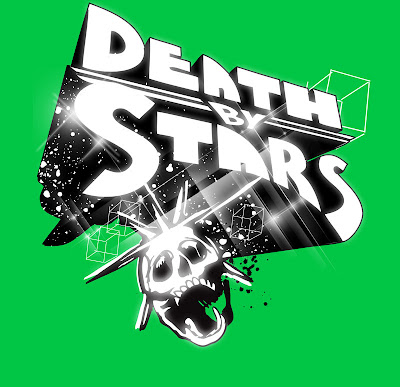 FEEDBACK: "Very cool ideas here! We all love the font. I like the skull, my guitarist and keyboardist aren't as sure about it. They are worried it's too dark or bleak. We are dark so it works for me! I like the actual vector part of the art a lot too, would love to see this with some other colors (for comparison). Could we see it with a bright pink background and a bright red background? My keyboardist would like to see some more actual stars incorporated into the logo. Are you open to working with the floating cubes still? We loved that idea, it's a little more abstract (which we are fans of) and we could do some cool stuff with colors there too. Thanks very much for the awesome ideas and great work, RR! I'll have a rough mix of Learn2Draw to you tonight, based on your feedback I will refine the mix and we will get it knocked out this week! Yes!!!!" 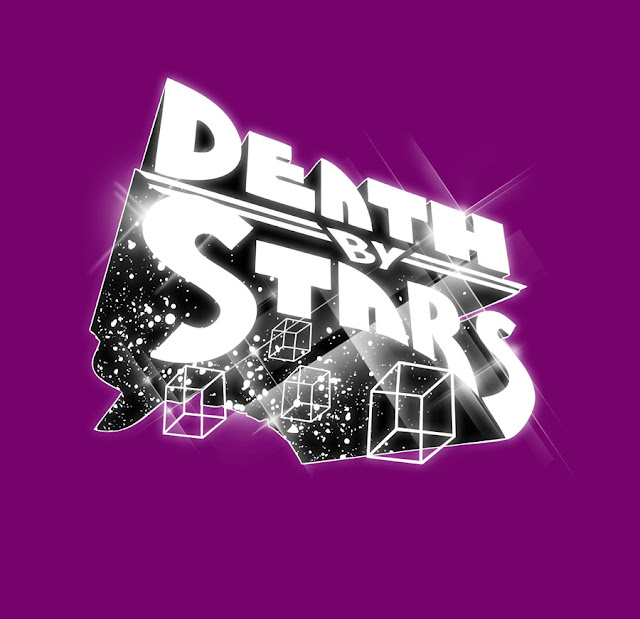 FEEDBACK: "Awesome, awesome stuff. And, as I'm sure happens frequently, the band thinks all we need is the text logo. We like the skull but we feel the text logo with the stars and cubes is perfect by itself. Easy to re-print and only two colors! It is what we envisioned. Thank you so much, it's awesome!"

Epilogue from Client: "we made DBS shirts using the logo you made. They are quite popular! ... people have actually stopped to read mine and a front desk guy at a hotel actually took a picture of it! We've gotten a ton of compliments!"

AND NOW MAY I PRESENT