Brief writeup of my experience on the walking tour with Tacoma City Councilmember David Boe as best as I can remember it.

NOT Pictured in this tour: Tollefson Plaza Triangle Square. 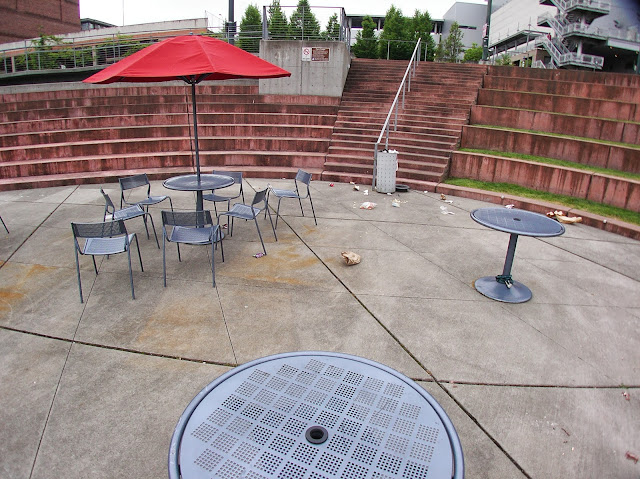 AS SEEN ON THE 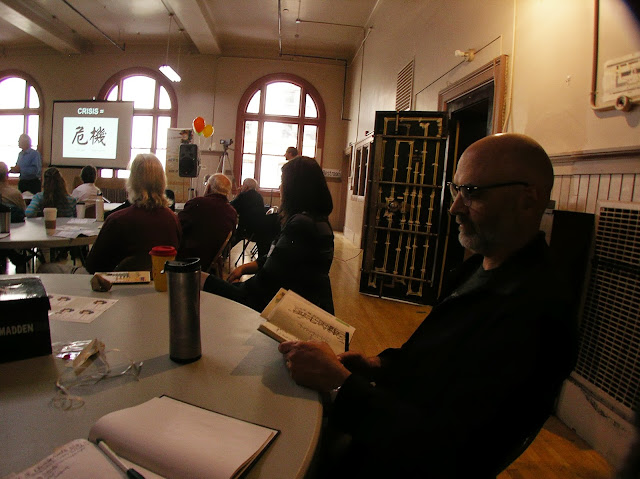 here are some cool shots of the location where the event (see example kevin's fun slideshow on the history of frost park) was held--in the old historic downtown Tacoma hall of justice / post office. Word is investors who bought the building for a steal are going to make it into a hub of arts and culture community center with tiny shops, schools and meeting spaces! 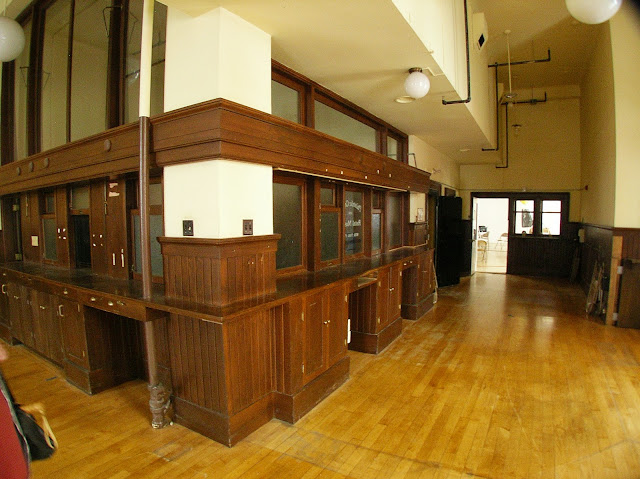 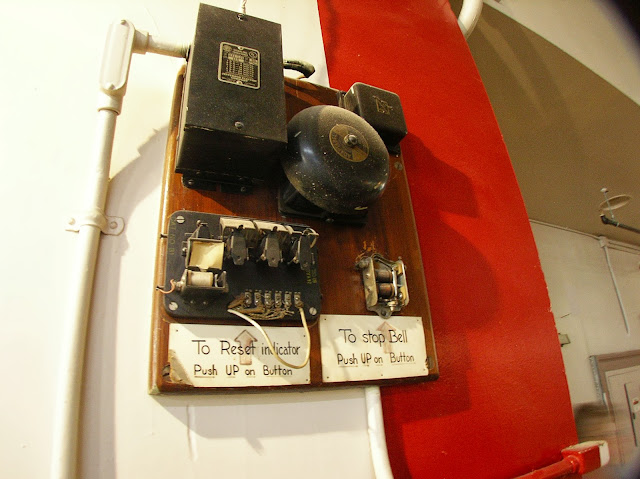 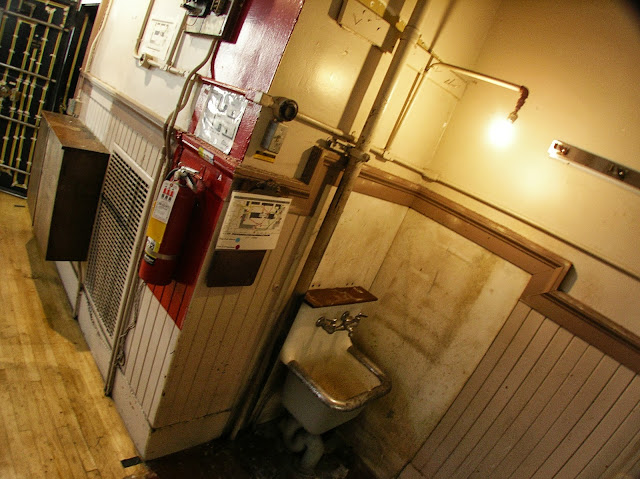 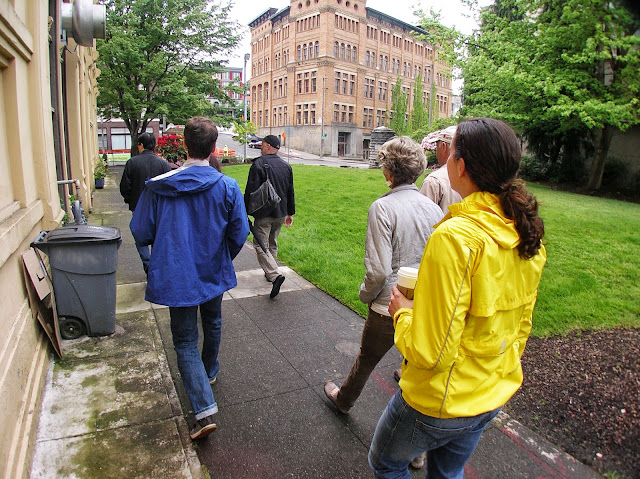 Boe: "what I'm going to show you bro, will blow your mind." 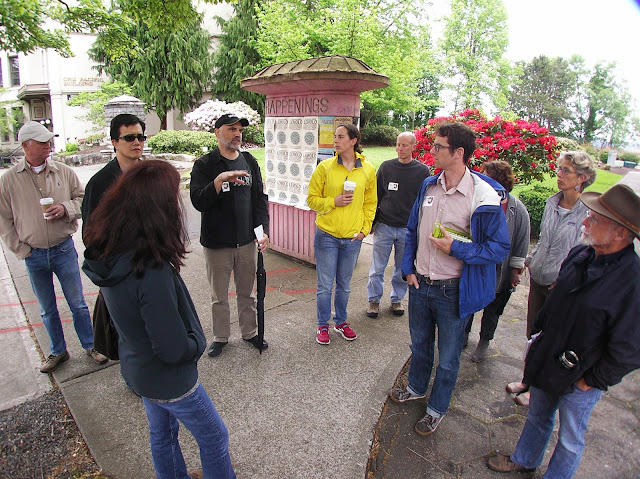 Boe: "Pacific Avenue was one of the grandest of the grand avenues. WIDE across for events. You could stand here and see all of Commencement Bay from the street and these buildings. Now you get to look at the overpass." 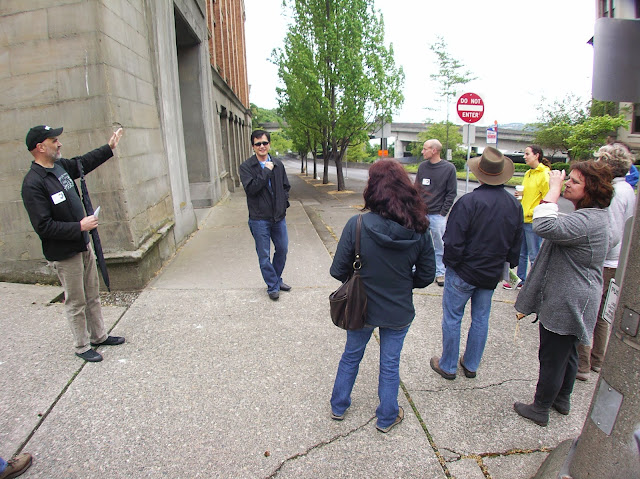 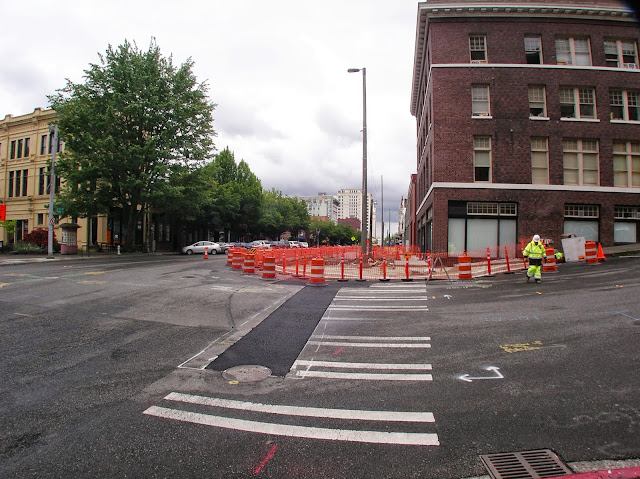 onward to the Spanish Steps! 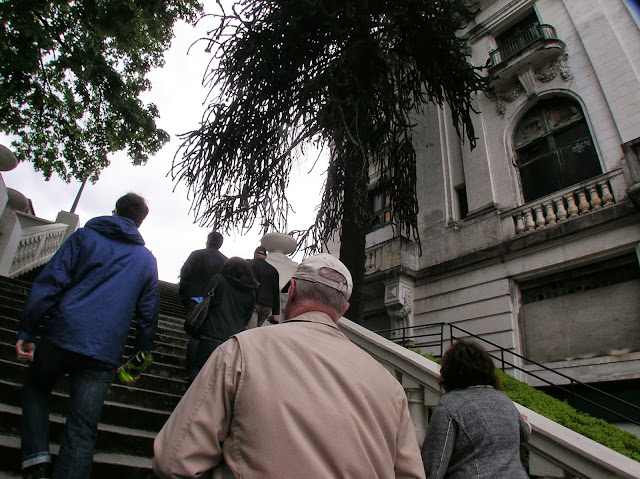 Question from audience "What is happening with Elks?"

Boe: "We think all the federal sequester shit is tying up all the federal grants/credits stuff. Everybody is just waiting. McMenamins is THE BIG HOPE. We hope that when McMenamins happens, it puts development pressure on the lame parking lot (left), the falling-apart Old City Hall (because it is unheated the faces of the bricks are popping off) and surrounding dead buildings." 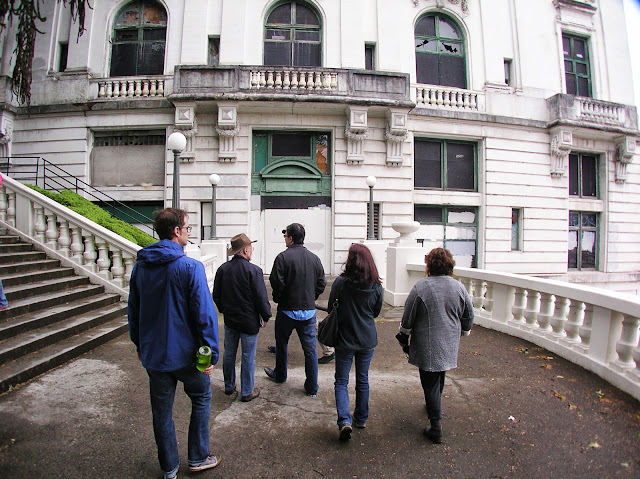 Boe: "the small forest growing at the top of the steps here, and the redundant potted trees are here because of the fucking moron drunk drivers who like to drive down the steps"

I ask about the status monkey puzzle tree.... 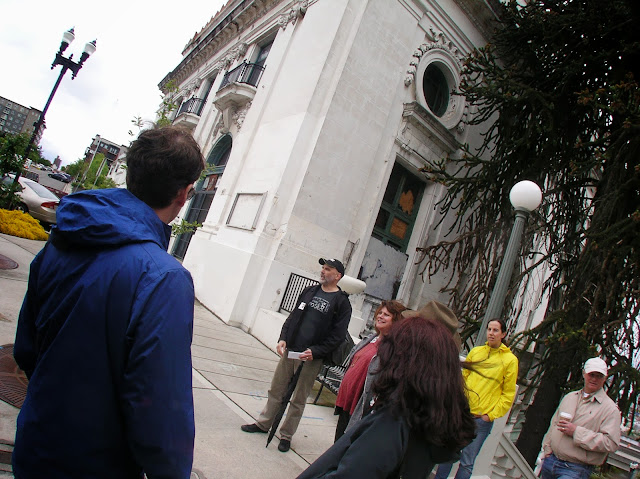 Boe: "Check this out, a rarity in the City of Desitny... this is a narrow alleyway like they have all over European countries. You do not see these here...  no god damn cars can fit through..  just people" 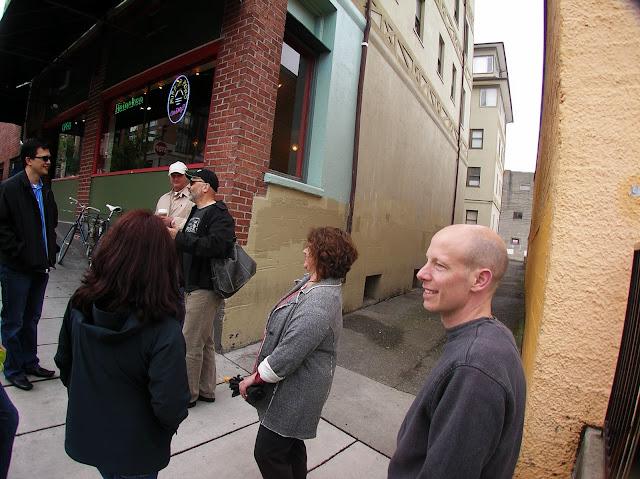 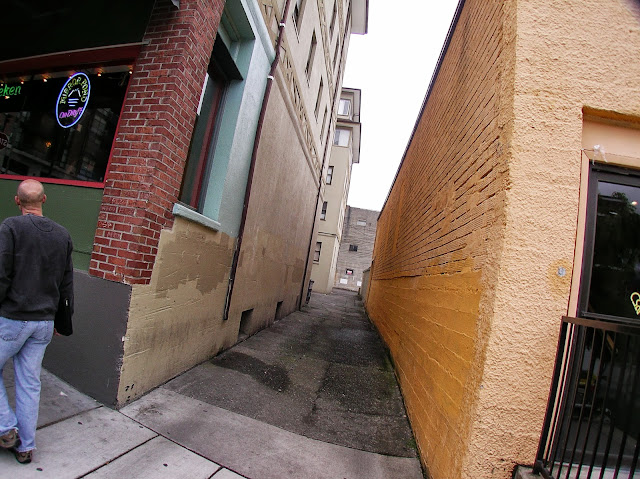 Boe: "Something very exciting is happening here.  All these little shops are being filled! Local Improvement District" 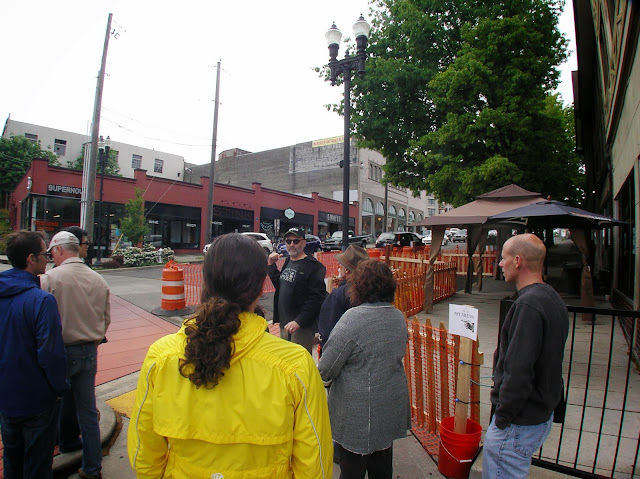 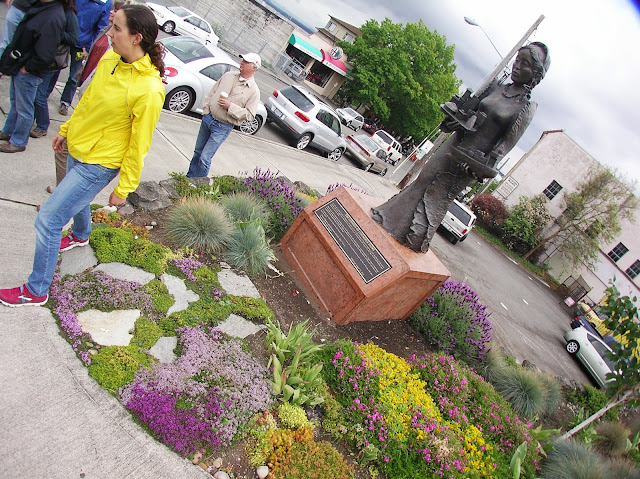 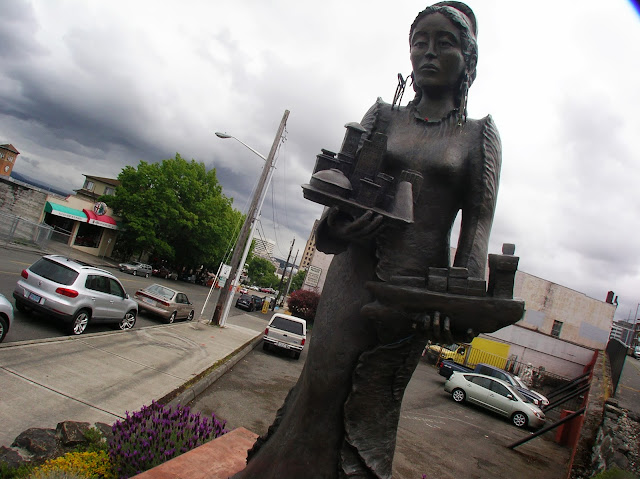 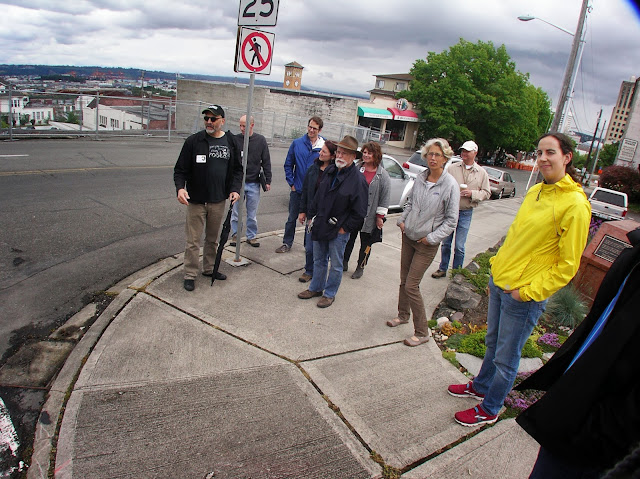 Boe: "You may have heard something on the internets about the DIY crosswalks the city had to grind off.  Yes it was super lame, but they had to do it because of ADA laws.  that little traffic island out there has no wheelchair access... or those textured orange landing strips.. you need those to be ADA compliant. If a new crosswalk appears without those bloody expensive things then the city can be sued and stuff." 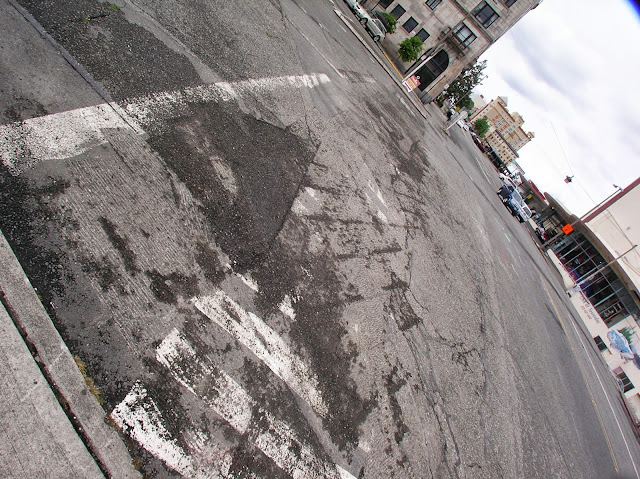 Now the crosswalks look like a real Tacoma crosswalk! 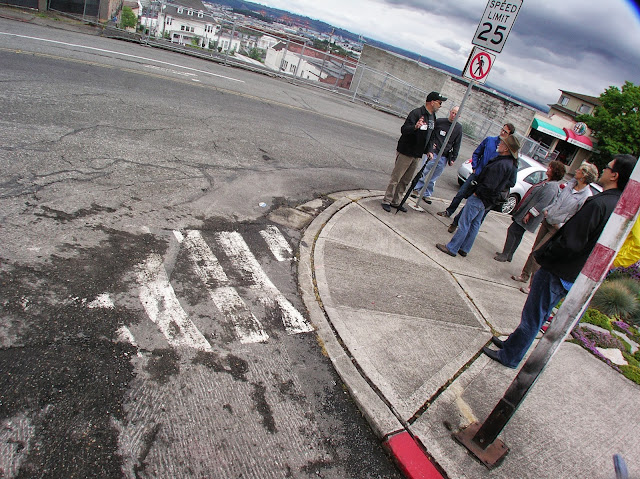 Boe: "Broadway LID was nice but there were lots of goofy decisions made.  like this park... what is up with this park? Does anyone sit here ever?  Look I'm going to sit in it." 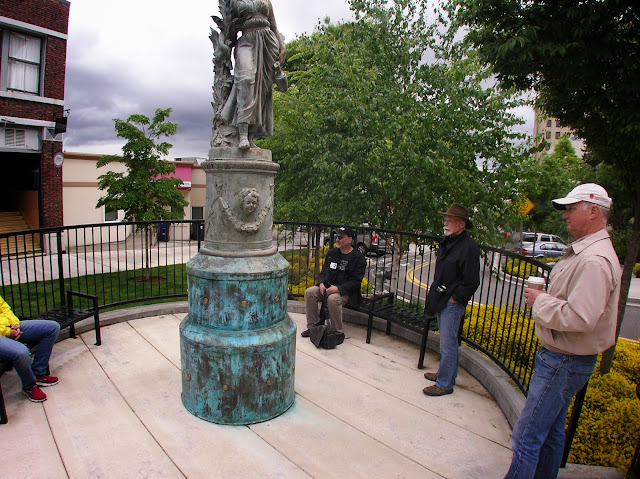 Boe: "Another thing, look at all these trees/bushes. Most of the plants around the crosswalks block the pedestrian from view of the autos.  And if you ride your bike up St. Helens, it dumps you into this busy street." 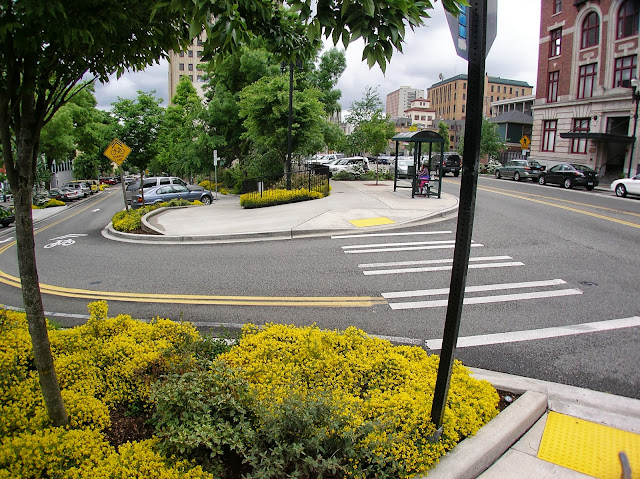 Boe: "I stand here and cars cant see me till I jump out to cross the street" 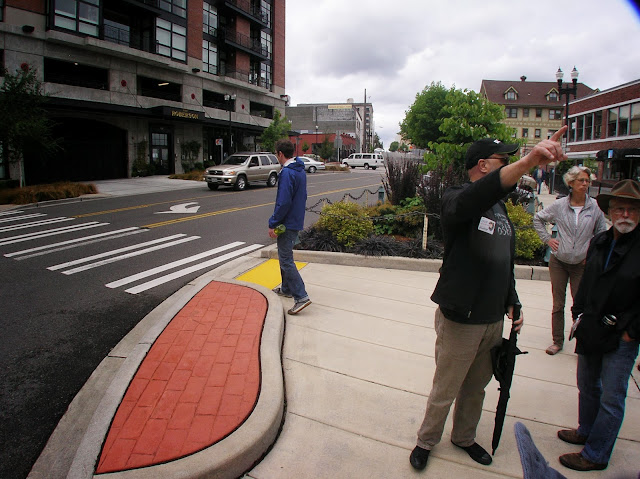 Boe: "this little park is nice, they were going to put garbage compactors here but folks protested. I see this park as a staging area for protests/rally during council meetings." 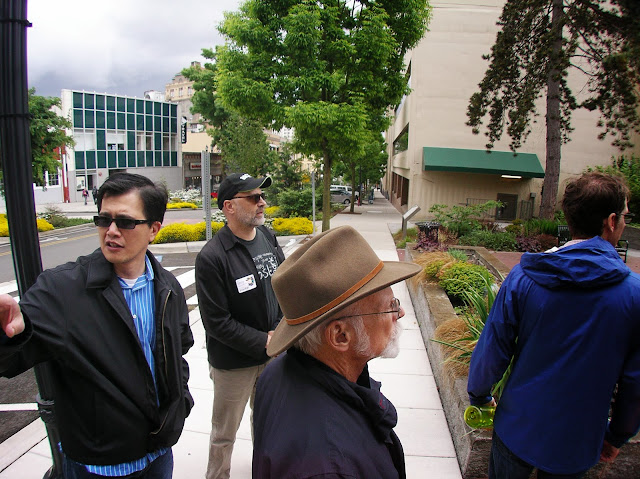 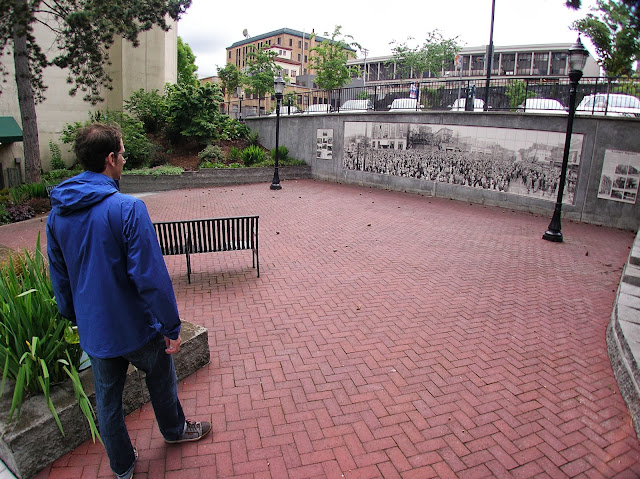 Boe: "Another pocket park built sometime in the 70's.  It is special because it gets about 20 minutes of sunlight per day. They built an Aztec altar in the middle for human sacrifices. But most of the time is a dead space." 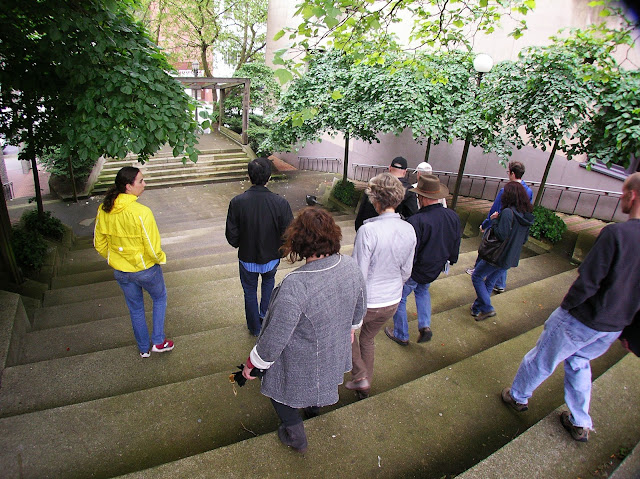 Boe: "I think of this intersection as the center of downtown." 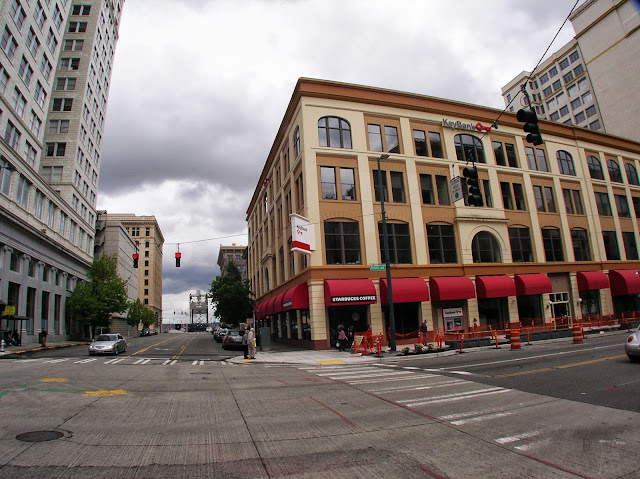 Boe: "Example of typical alleyway in Tacoma.  HUGE! you can fit an 18 wheeler down here. But I like this one because you can stand here and imagine yourself in Chicago or something." 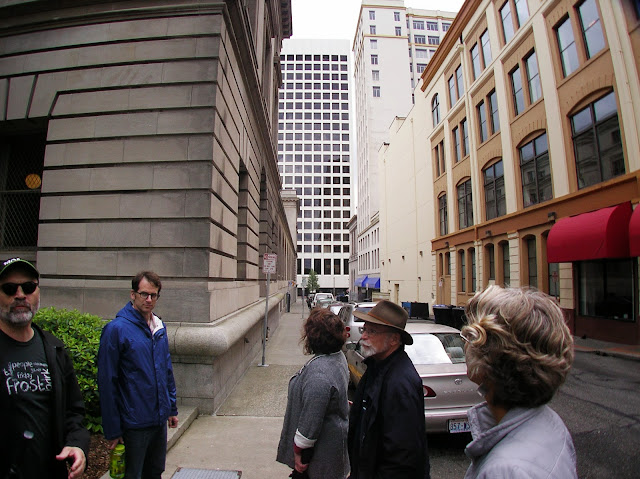 Wells Fargo building plaza mentioned. Not as much of a success as other plazas due to surrounding parking garages. 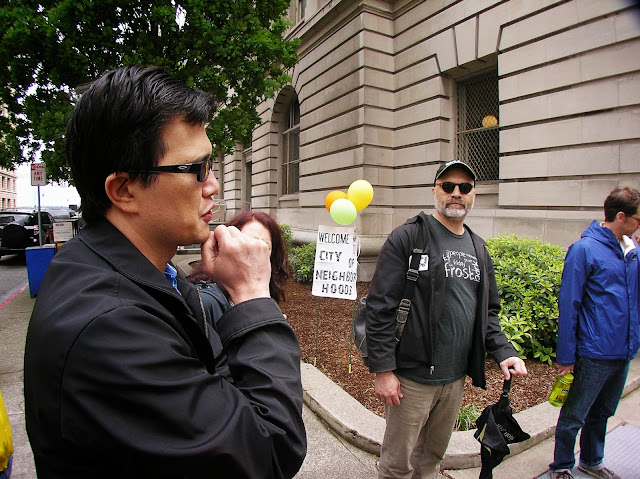 see you next year!