The Rise and Fall and Rise of a Place

Interesting Notes from the Film:

This is based on a new historical Ruston book recently reviewed in the Tacoma Weekly.

The film has a brief bit about what is happening right now with the ASARCO Ruston smelter site, but I have recently had the pleasure of touring this place in the first-person flesh, after being invited by the honorable purchaser of these two Tacomics...

Point Ruston IN THE NOW, EXCLUSIVE BEHIND THE SCENES TOUR! 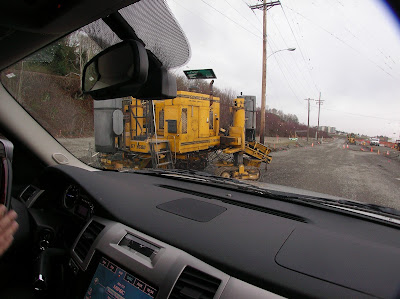 Ride along in the Cadillac Escallade, picture taken immediately after passing through gate.. stopping to check out the automatic cement curb making industrial robot who was very friendly. 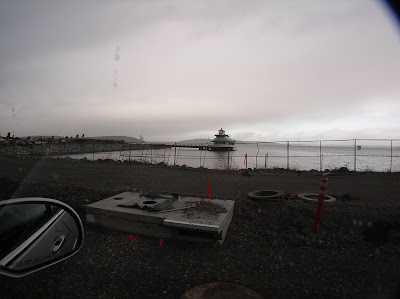 Coming up on the historic and retrofitted Ruston Ferryboat. Joked about how cool it would be to see the Kalakala tied up along side her.  This chunk of Commencement Bay is private property so is very Privately-Owned-Ferryboat friendly. No pesky Coast Guard or something. 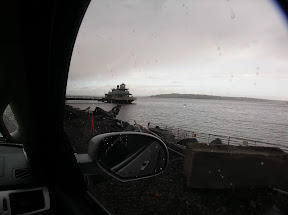 I was very excited to check out the ship ever since the stowaway Jobs With Justice condo buyer infiltrator stunt I read about here...  very exciting! 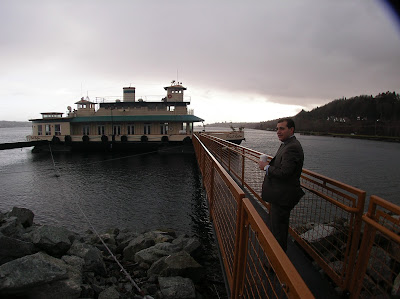 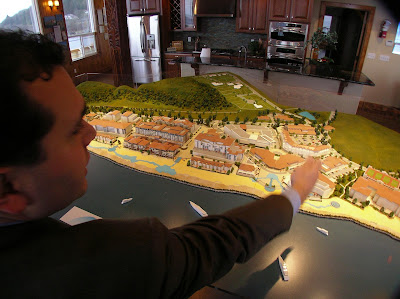 Someday all this will be real. Condos are now Apartments, but the movie theater and shopping center and dense packing of mixed use buildings will cover over the toxic nightmare that was the ASARCO smelter footprint. Can't happen soon enough I say! 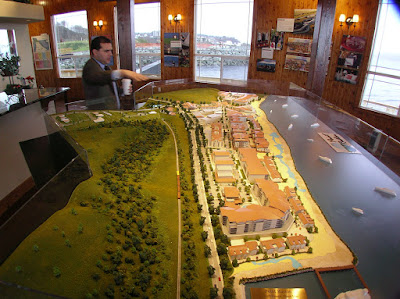 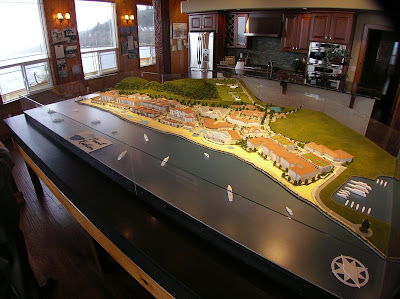 The Urbanist joked to me later that the little model in the back of the ship reminds him of a James Bond villain's insane utopia that is revealed near the climax of the film.  Whatever they have to do to make it happen, I say go for it. Anything is better than how ASARCO left it. 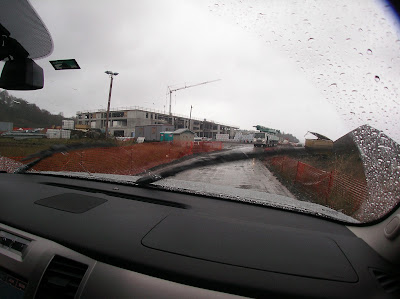 Continuing the tour, here is the parking garage that the shopping area and movie theater complex will connect to. Notice in the model they do a good job of hiding all the ugly parking under the buildings, but the idea is the people who live here can walk everywhere. 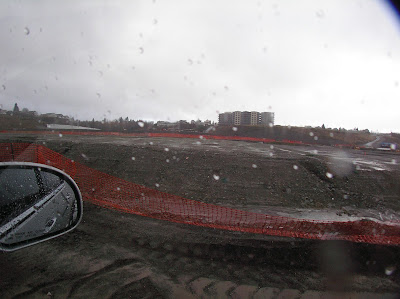 Most of the bad stuff has been barged away by ASARCO, everything else buried under plastic, concrete and imported clean fill. 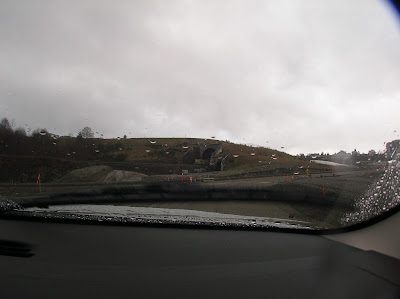 Here is the Train tunnel and Car Tunnel, The Car Tunnel is going away forever. Remember driving through there honking at the other side? 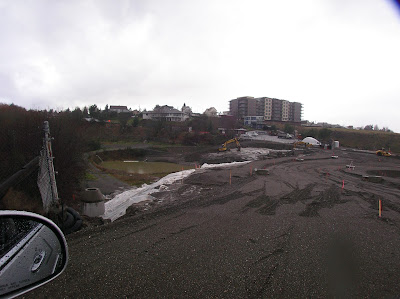 up on the hill now, this little pond is where all the crap from the stack was dumped to cool down before getting pushed into the ocean.  Horrible-horrible things happened in this pool. Lovecraft horrible!  But they're making it all better. 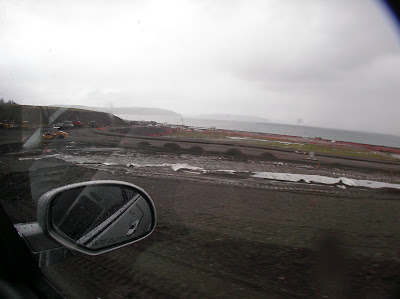 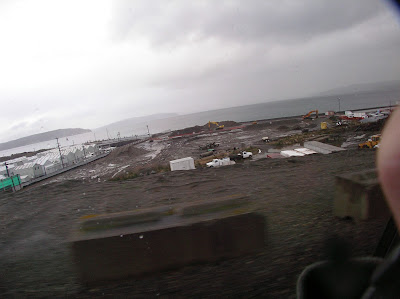 Someday you'll be walking the popular Ruston waterfront all the way down, past the Sperry ships, down to this Marina, down to Point Defiance park.  Build it.  Build it Ray, and the people will come.  SHIFT IS HAPPENING!  I hope to hell.