Author's Statement of Purpose: My goal is to get more people to be interested in the PUBLIC COMMENT + COMMUNITY FORUM on TV Tacoma. I want folks to recognize our civic speakers on the street and have compassion for the thundering engine driving them. "I will forge new connections to people orphaned by civilization." - RR Anderson

ALL YOUR LOCOMOTIVES ARE BELONG TO US 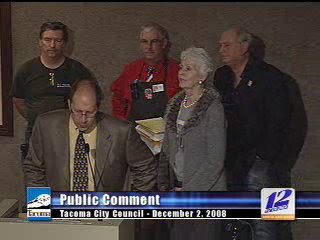 We the people of fife would like to fill our museum with one of your historical weyerhaeuser locomotives.  We WANT! 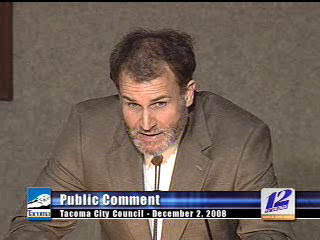 Havent you people been reading the news?  We're in an economic recession... and you're spending money like there is no tomorrow.   Wake up! 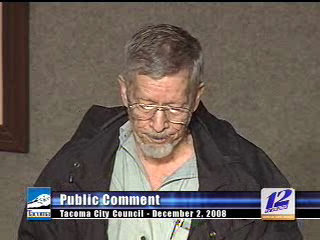 Tacoma learned the hardway that selling the airport for a profit forfeited the money grant from the FAA... etc. 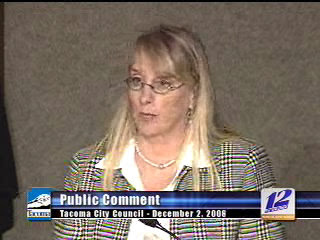 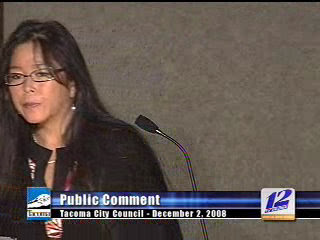 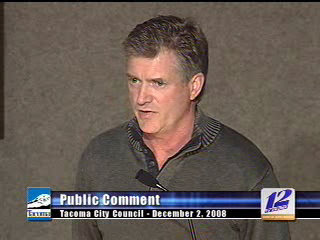 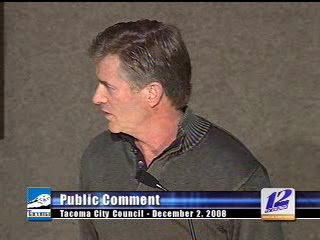 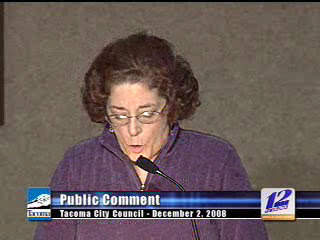 I HAS INVISIBLE CHOO-CHOO MAN 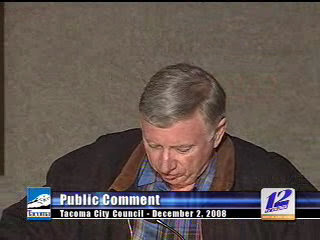 I am a volcano of rage, for it was my understanding that this particular choo-choo would be sold at auction instead of donated to the eat-a-bag-of-dicks city of fife! Why that choo-choo didn't even operate in fife!  HELL I can give you a check right now for $25,000.00 to buy that choo-choo to restore it to functional order.   It should not be mounted+stuffed and sitting in some friggin' park!!!!   FRIGGIN-A I can even give you one of my other choo-choo trains for free!!!  I have one from fort lewis.  It's an ARMY TRAIN. I am all done playing with it.  GIMMIE YOUR CHOO-CHOO!!!! IT'S MINE!  i CALLED IT FIRST!!!!  bitches! 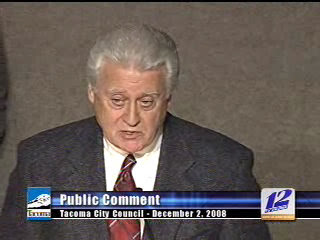 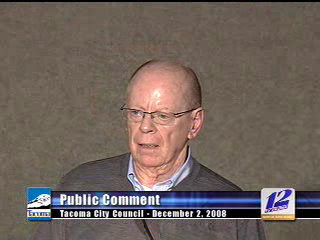 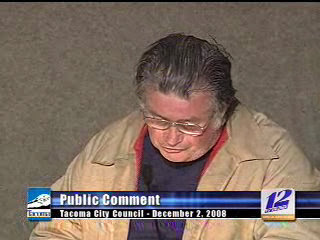 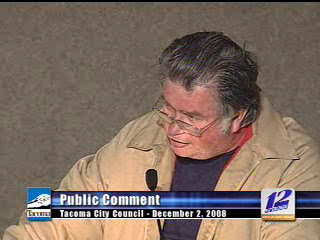 first off let me just say that we are in full support of fife getting the locomotive. I used to work in fife 20 years ago at burger king---
THE MAYOR: uh, Mr. Douglas... with all due respect, you're out of order..
L.U.P.Guy:  Mr. Mayor if you'll just let me finish.  If you'll just let me finish please.  Ok, we are in support of that.   Also, browns point I believe we can reach an agreement, compromise. ...  support that...  etc.  thank you.

in memory of the traveller... 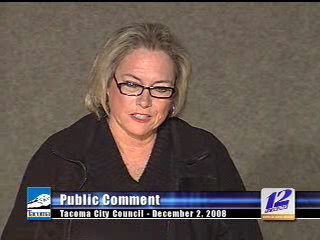 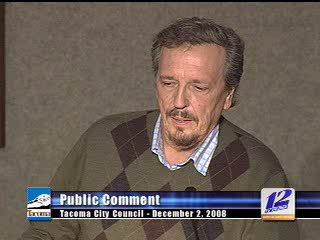 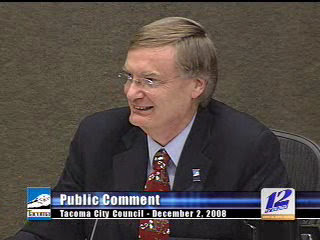 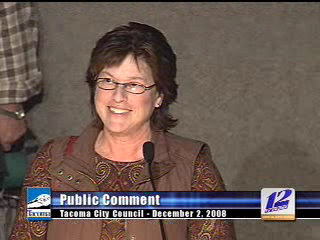 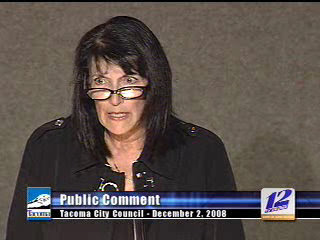 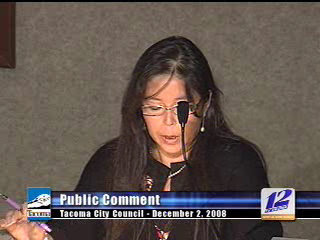 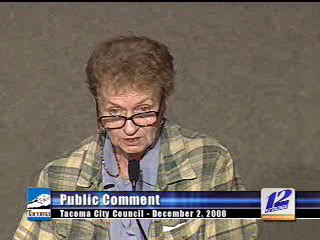 Just what are the [you pick the government institution] trying to hide?  To find out the truth visit my website w. w. w. discover tacoma dot com. 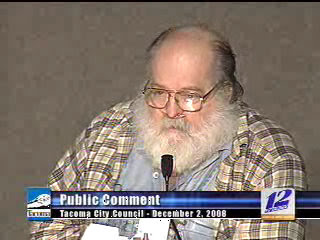 i'm speaking on behalf of my son.  It doesn't make one lick of sense.. why would you donate that historical locomotive if you were offered more money through the bidding process?  That's wac.    This whole gutting of the weyerhaeuser train is truly one of the most horrendous crimes against humanity.   Looting of this train is on par with what the nazis did to the jews in WW2.   in fact.  why not just sterilize the genitals of every train enthusiast in the pacific northwest instead?  Have you no shame?  this is worse than slavery.  You're being racist againt my son because he wants to save this engine.  You people want to mummify the engine.  You want to make a mockery out of it.  I feel that this deal is so horrendous, I'm going to commit ritual suicide right here with my genuine japanese made hari-kari blade I swear to god.    Thank you. 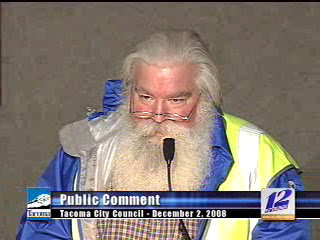 My dear friends.  I am a ROAMING  LEVEL 5 PALADIN of the pacific northwest historical caboose society. Don't listen to that lying c**ksucker from the OREGON HISTORICAL RAILROAD SOCIETY, I denounce him as a FALSE PROFIT!  The goodly people of fife already have preserved a historical caboose AND one rail car.  All they need now is a historical locomotive to complete their museum attraction.  Weyerhaeuser operated trains all over the damn place.  True tacoma owns this particular one... but that's not important.   I ask that you donate the train.  Don't sell our rail road heritige out of state.  FUCK PORTLAND!! 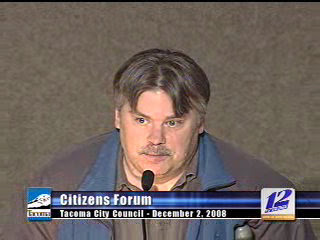 I am a LEGAL  medical marijuana user in the state of washington.  the TPD goon squad acting on the authority of the federal government raided my compound and basically LOOTED six plants from my property.   TPD has a profit intensive to take my property based on a federal grant money drug enforcement loophole [thingy].  California has opted out of this program after a ruling in their SUPERIOR COURT.  I would urge the concil to follow in the footsteps of California to end this form of Police Piracy Terror campaign against the sick and suffering.  Thank you.


The purpose of Citizens' Forum is to assist the City Council in making policy decisions. Items of discussion will be limited to matters over which the City Council has jurisdiction and speaker's remarks are limited to up to three minutes per person. Arguments shall not be made in support of, or opposition to, any matter on this week's agenda. Each person may address the City Council one time only during this forum.

You May Already be a WINNER!